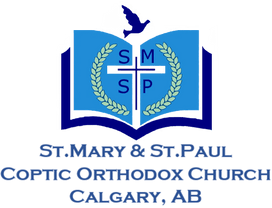 About The Coptic Orthodox Church

Egypt is a land rich in history, blessed by our Lord Jesus Christ himself. In His infancy,during their flight from Israel at the instruction of the angel, the Lord visited Egypt with His mother Saint Mary, and Saint Joseph Naturally, Egypt became their second home and a place of refuge (Matthew 2:13-14). The word ‘Copt’ is derived from the Pharaonic word ‘gypt’ and the subsequent Greek word ‘Aigyptus’ meaning ‘Egypt’. Copts are the Christian and indigenous peoples of Egypt, direct descendants of the ancient Egyptians, a people with perhaps the longest history on record.  ​  When Saint Mark travelled to Egypt on two separate occasions, he preached the Christian message to many in the land. During his first journey, he met with Ananias, who expressed knowledge of the concept of ‘one god’, and when this was further explained by Saint Mark within a Christian context, he accepted the faith and was baptized along with his household. Soon after, many others pronounced their newfound belief and Ananias’ house became a meeting place for the faithful. After witnessing for seven years, Saint Mark was martyred in AD 68 when followers of Serapis (the Serapion-Abbis Greek Egyptian god) attacked the church in which he prayed and dragged him through the streets of Alexandria for two consecutive days

Who are the Copts?

The Coptic Orthodox Church is one of the most ancient churches in the world, founded in Egypt in the first century by Saint Mark the Apostle and writer of the second Gospel of the New Testament. A conservative church, it has carefully preserved the Orthodox Christian faith in its earliest form. It is a faith that has been passed down through generations,always remaining true to the apostolic doctrines and patterns of worship. The church’s spiritual approach emphasizes holiness, divine mysteries and fellowship, rooted firmly in the canons of the holy scriptures, the apostolic and orthodox creeds, the teachings of the church fathers and the first three ecumenical councils.

Like any other traditional sacramental church, the Sacraments are considered to be sacred actions.Believers receive an invisible grace, through material or visible signs and elements. The Coptic Church observes seven Sacraments:

In Eucharistic liturgy, the faithful gather in union to pray, and to partake of the Eucharist, believed to be the body and blood of the Lord Jesus Christ. The liturgy is chanted in the Coptic language, alongside the language of the land in which the church is based.A musical composition dating back to the Pharaonic Erais used. The three divine liturgies celebrated in the church today are those of Saint Basil, Saint Gregory, and Saint Cyril all based on what Saint Mark used in the first century.

Who for us men and for our salvation came down from heaven, and was incarnate of the Holy spirit and the Virgin Mary and became Man. And He was crucified for us under Pontius Pilate, suffered and was buried. And on the third day He rose from the dead, according to the scriptures, ascended to the heavens; He sits at the right hand of his Father, and He is coming again in His glory to judge the living and the dead, Whose kingdom shall have no end.

Yes, we believe in the Holy Spirit, the Lord, the Giver of Life, Who proceeds from the Father, Who with the Father and the Son is worshipped and glorified, who spoke by the prophets.

And in one holy, catholic and apostolic church. We confess one baptism for the remission of sins. We look for the resurrection of the dead, and the life of the coming age. Amen.